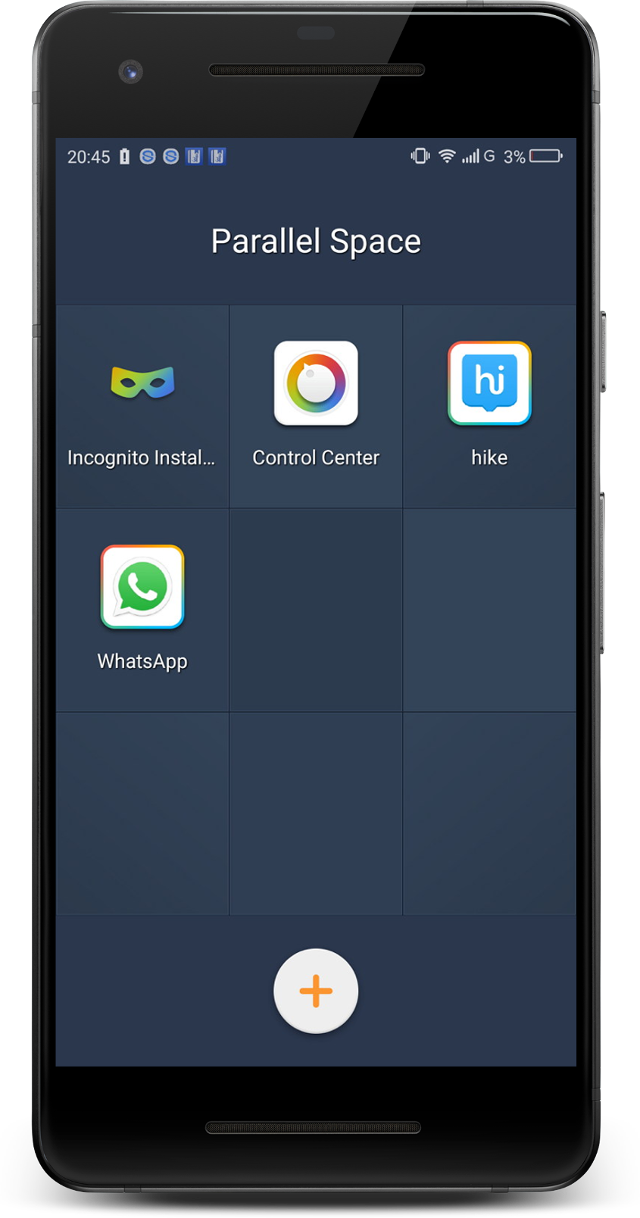 ★Log in to multi accounts of social networking apps or game apps at the same time on one device
• Balance between users' life and work easily.
• Double users' online gaming experience and have more fun.
• Almost all apps are supported for a second account in Parallel Space. Data from both accounts won't interfere with each other.

★Switch fast between accounts with just one tap
• Run two accounts simultaneously and switch between them fast with one tap to effective manage different accounts.

What's New
1. Compatible with Android 8.0
2. Repaired the problem of cloned app unable to open with Facebook in some of phone models.
3. Optimized the overall performance of Parallel Space.
4. Fixed some known bugs.

Hidden Content
This board requires you to be registered and logged-in to view hidden content.
Don't forget to thank and support the devs and their projects! If you like it, buy it!
Top
1 post • Page 1 of 1